Based on SmartFAQs Analytics reports, SmartFAQs Insights reports are created to help business user's analyzation. Based on the analytics, user can click on the Insight report and modify the SmartFAQs contents accordingly.

SmartFAQs Performance - A summary of SmartFAQs that returned SmartFAQs results and grouped on the basis of the number of opens, clickthroughs, upvotes, and downvotes received from multiple users.

FAQs For Optimization - Calculated based on 75% of downvote performance and 25% of non-open performance together. Only 25% of min aggregation is considered for FAQ optimization.

Best Performing FAQs - Mean percentage of opens, clicks, and impressions. As shown in the reference, based on the requirement, SmartFAQs can be updated or prioritized through Top/Low Performance, FAQs for Optimization Tab as well.

Zero Impression FAQs - Shows the list of SmartFAQs which never shown up on the search page.

Trends - A filtered SmartFAQs trend graph is shown specifically based on the date range. Users can also select Top Performed SmartFAQs from the dropdown display as shown in the reference: 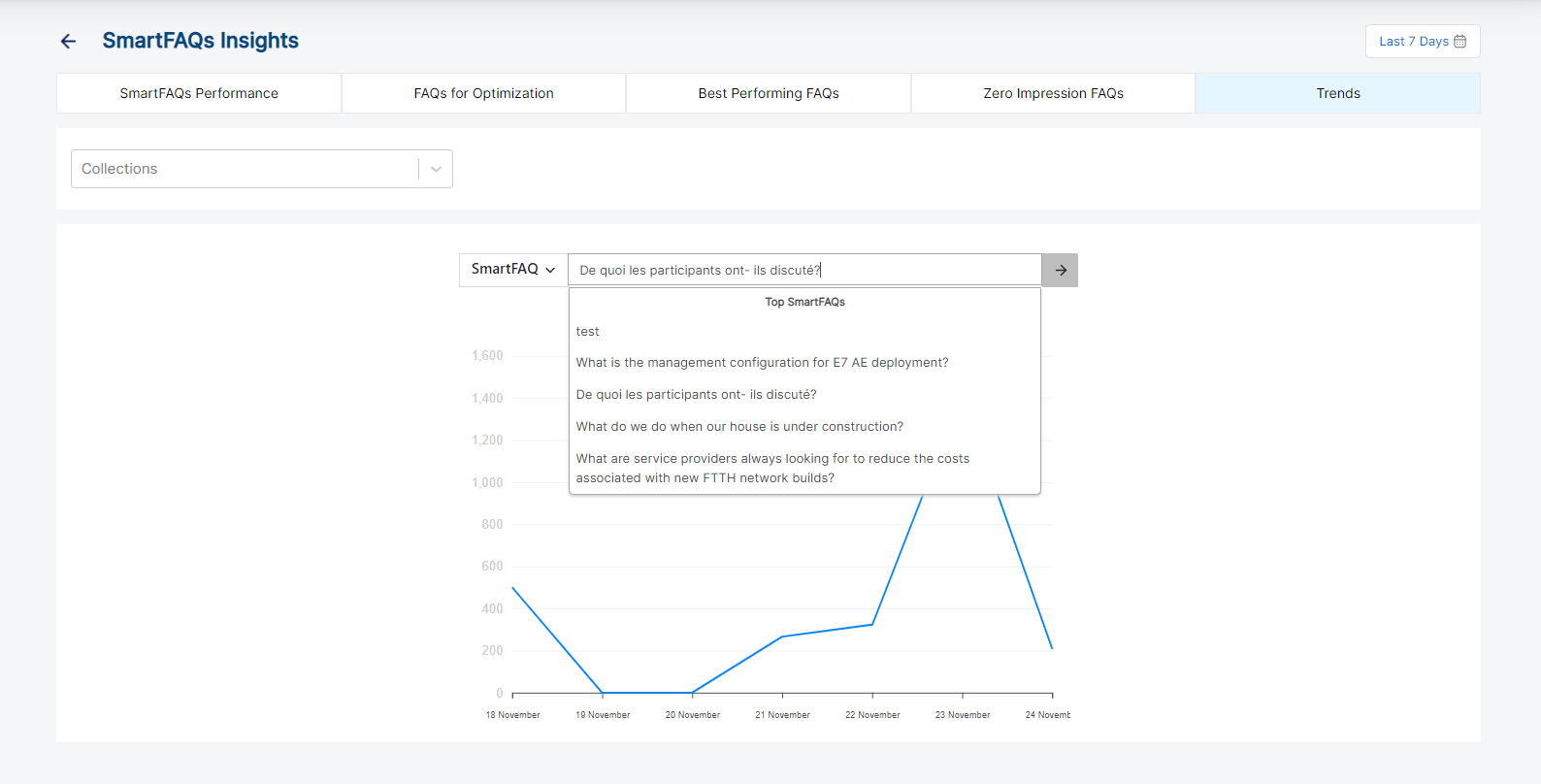